Jacob Johnson is a musician based in the Dallas area. Mr. Johnson specializes in guitar and lute performance, and offers personalized private instruction. His repertoire spans the 15th century to the current day, and includes many popular tunes arranged for solo guitar. Mr. Johnson is a published arranger and composer of music for guitars and other instruments, and has been published as a music essayist.

Mr. Johnson has always been drawn to music; from the daily pestering of his parents to get him piano lessons at just 4 years old, he knew his calling in life. He later pursued the trumpet, eventually performing as soloist with the renowned Wind Symphony of the Greater Dallas Youth Orchestra after winning their annual concerto competition. He began his collegiate career as a trumpet performance major, but having taught himself to play folk, blues, rock, pop, and heavy metal guitar in his teens, he was captivated by his discovery of the classical guitar at college. He quit the trumpet department and devoted himself to the classical guitar. Since 2006, Mr. Johnson has studied classical guitar with some of the world's finest performers in private lessons as well as in masterclass.

In 2014, Mr. Johnson placed as a semifinalist in two of the three international classical guitar competitions on his circuit. Mr. Johnson acquired his first lute and began studying in the fall of 2014, and in less than 2 months, he was performing in masterclass for one of the greatest lutenists alive, Hopkinson Smith. Mr. Johnson was a semifinalist in the 2015 Texas Guitar Festival and International Concert Artist Competition at UTD, and took the 2nd Place Prize in the 2015 Mountain View College Professional Division Guitar Competition. In November of 2015, Mr. Johnson won the Advanced Division of the 9th Annual Collin College Guitar Competition. Mr. Johnson is currently working on his first cd, Prima Materia, and release information will be forthcoming.

If you are interested in booking Mr. Johnson for your event or for lessons, please contact us at booking@johnsonguitarstudio.com and sign up for our mailing list to receive information about upcoming performances, recordings, sales, and much more. Audio samples can be found here on the site media player or on Mr. Johnson's soundcloud. 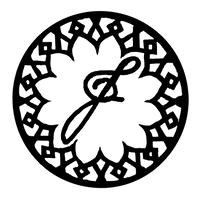